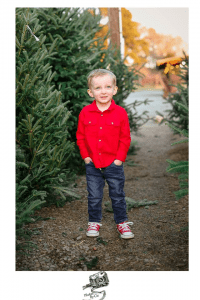 When you are faced with a life threatening diagnosis, support is EVERYTHING.  Our son Luke’s story began in January of 2018 with a diagnosis of Stage 4, High Risk MYCN Amplified Neuroblastoma, at just 20 months old.  Our son had a massive abdominal tumor, as well as metastasis in both humerus bones, both femurs, his ribs, pelvis, spine, and many lymph nodes.  His bone marrow was greater than 95% neuroblastoma as well. At diagnosis, his blood pressure was uncontrollable, and he spent 40 days in the PICU while undergoing his first and second rounds of chemotherapy.  His tumor, being amplified and dividing so quickly,reacted so violently to the chemotherapy, that it began to bleed and fill his lungs with blood and fluid. These first few weeks were very touch and go, and we needed experts, community, hope, and a guardian angel to get us through this.

The Experts and the Guardian Angel

By truly divine intervention, we came across Dena Sherwood, the founder of Arms Wide Open Childhood Cancer Foundation.  Her son Billy was a long term survivor of high risk and relapsed neuroblastoma, and was treated at Memorial Sloan Kettering Cancer Center in New York City.  The first phone call I had with Dena, put me at such ease. We were going through treatment at University of North Carolina Children’s Hospital in Chapel Hill, NC, and while the doctors and nurses were phenomenal, they did not have a neuroblastoma expert.  Their surgeon, also said she would not operate on Luke’s tumor-it was too big, and she didn’t know if chemo would shrink it much. Dena told me that MSK had a dedicated team just for neuroblastoma, and that they see the most high risk patients of any hospital in the country.  They also had a legendary surgeon, Dr. Michael LaQuaglia, who had unbelievable success removing “unresectable” tumors. She put me in consult with Dr. Shakeel Modak, the chief of neuroblastoma service at MSK. He immediately put my mind at ease, and said that what Luke was experiencing, his tumor going wild, was fairly common, and that it would get bad for a week or two, and then he would really start doing better.  When this is exactly what happened, we knew MSK was the expert place we needed to go. Dr. Modak said he would like to take on Luke as a patient, and he felt they could really help him, and that Dr. LaQuaglia would operate on him.

All the while Luke was in the hospital, from late January till mid March, my wife and I were there the whole time too.  None of this would have been possible without a supportive employer and the community that surrounded it. I work as a teacher and coach at Cardinal Gibbons High School in Raleigh, NC, and not once did they ask when I would be coming back.  They said take all the time you need. Constant encouragement from coworkers really kept us going. As a football coach, we have over 150 kids in the program. 150 families. These families gave generously to our GoFundMe account, knowing that we would have a lot of travel to do between North Carolina and New York in the next few months and years.  The families and school community not only raised money for us, but the athletic teams drew inspiration from Luke, and wore patches on uniforms and helmets, and honored him as honorary team captain at different games throughout the last 2 years. To see so many people come together in selfless acts was truly inspirational. Luke even had a news story written about him before our state championship football game in 2019.  It was always our goal that Luke’s story would inspire other people in less fortunate situations. While we still don’t know how Luke’s story will unfold, we knew there were plenty of examples of grit, faith and toughness by Luke, his family, and his friends, that we always want to share.

All along this battle, our hope is derived from our faith in Jesus Christ.  We have always prayed over Luke from the time he was in the womb, to present day.  There was a moment during his initial treatment, a particular low point, where I had just left the hospital for the day, and my wife was at the hospital with Luke, where a strong sense of the Lord came over both of us, at, as it turned out, the same exact time.  The message was the same: “I’ve got this.” It was the first time in my life I had ever felt anything like His true presence speaking to me. When I told my wife about it, she said she got the same message at the same time. Ever since then, we have had a sense of relief as we go on this journey.  While we do not know what God has planned for Luke on Earth, we do know that he is in His hands, and that He will deliver him. We pray it is after a long healthy life on Earth, but it is all in His hands and we trust Him. We truly believe that God directed us to Dena Sherwood, as we initially looked at going to St. Jude for treatment, but it just so happened that week they were not taking any new patients due to an FDA review.  When God closed that door to us, and led us to Dena’s foundation website by mistake which turned out to be God’s intervention, he was directing us where we wanted to go. Dr. Modak’s calming knowledge while Luke was in the PICU, and we knew that God was steering us to hope.

The neuroblastoma team at Memorial Sloan Kettering is unbelievable.  They were on top of everything from the very beginning. Luke’s surgery was a tremendous success, as Dr. LaQuaglia removed all of the tumor he could discern.  Following a final round of chemotherapy after surgery, Dr. Modak told us he believed Luke would be No Evidence of Disease when we scanned in a month. Sure enough, Luke was declared NED.  Luke went on to begin immunotherapy, first pioneered at MSK, and completed radiation to his tumor bed. Luke was part of a radiation clinical trial, that used a lower dose of radiation, and used proton beam, which really pinpointed the radiation, to spare his organs of toxicity.  His immunotherapy was extremely cutting edge, as it was a humanized version of their antibody, that allowed the dosing to be 2.5 times stronger than any other antibody available, and the humanized aspect made it more likely to be effective and tolerated. Again, this was only available at MSK.  We are so thankful to be in their hands.

Luke relapsed after the 4th round of immunotherapy.  He had what’s called an isolated central nervous system relapse.  He had a tiny brain tumor on his frontal lobe. Dr. Modak was surprised because he had done so well responding to treatment, but he told us that an isolated CNS relapse was actually the preferred relapse because they had a set protocol that was successful, to deal with it.  Also, it meant that the immunotherapy was actually doing its job. If it hadn’t, he likely would have relapsed in other places. The CNS is not protected by any of the standard neuroblastoma treatments, so Dr. Modak explained to us that somewhere along the way, because Luke was MYCN amplified, his disease was aggressive and had found a sanctuary site to develop.  The tumor was removed, and Luke is currently finishing the CNS relapse protocol, and has been NED since November of 2018. Luckily, this CNS protocol exists, along with the antibody he was on, because of money raised by outside groups of cancer parents, philanthropists, and ordinary people. Childhood cancer gets 4% of the budget of federal funding from the National Cancer Institute.  Research and development is critical for these brilliant doctors to do their jobs. Much of the money for treatments that are saving Luke have been possible because of donors. Their willingness to donate money and time, literally saves lives of children.

We would like to thank the ENTIRE community that has gotten Luke to where he is at now; a happy, energetic, cancer free 3 year old.  Without a community of support of doctors, nurses, co workers, families, friends, strangers who are now friends, financial backers… we simply have no idea how anyone would be able to battle a life threatening disease.  Support is EVERYTHING. We are eternally grateful to everyone who has helped us along the way.